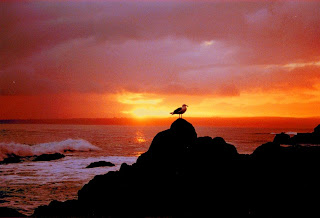 Today I have been reading about resilience—a significant dimension of Emotional Intelligence.  I believe that resilience may even prove to be the most significant component as we continue to study genetics and biology, psychology, social and spiritual factors, and neurobiology.  Resilience is complex and wonderful and worth paying attention to in our daily lives.
Resilience contributes a great deal to our sense of the meaning of life–to what makes life worthwhile.  It is the invisible hand at our back gently pushing us up the steep and difficult pathway.  It uses humor, art, self-talk, and meditation to help us feelthe moments of joy in our lives—and there are many such moments if only we are awake to them. Resilience, actually the resilience of human beings, is also what fuels great organizations that are able to learn from down times or failure or setbacks and move forward to greater success and fulfillment.
One of the many ways we can build resilience is through creativity—our own and that of others. When I was in high school, my favorite teacher of all time, Robert Ruffing, had all of us memorize a sonnet by Shakespeare. We complained about this task at the time and felt it difficult and useless.  To this day (and it has been many years since), I find comfort and hope in the words of that sonnet, sometimes in the wee hours of the morning when anxiety always seems to loom larger.  I have no idea if Mr. Ruffing knew what a gift he was giving us all.  I rather suspect that he did and I am immensely grateful.
And that is why today I will begin memorizing this poem by Wendell Berry.  His creative act will become part of my mind and heart too—words to accompany me as I build resilience and step forth to rejoice in the joy of life even when darkness descends.    I hope it will become a part of you, too.
The Peace of Wild Things
When despair for the world grows in me
and I wake in the night at the least sound
in fear of what my life and my children’s lives may be,
I go and lie down where the wood drake
rests in his beauty on the water, and the great heron feeds.
I come into the peace of wild things
who do not tax their lives with forethought
of grief. I come into the presence of still water.
And I feel above me the day-blind stars
waiting with their light. For a time
I rest in the grace of the world, and am free. 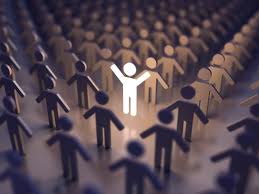 Are you the kind of person that other people listen to in group meetings?  Do you find that your ideas are picked up and accepted or built upon by others on your team?  Does it happen often that after you have contributed an idea that someone says, “Great idea!  I’d like to see us do that!” ?
Or do you sit in meetings feeling frustrated because no one seems to acknowledge or understand what you have suggested?  Has it ever happened that your contribution was ignored but someone else later put forth the same idea with some slight alteration, and you got no credit for having the idea in the first place?   Does it often happen that someone says in reply to your idea, “We’ve already tried that, and it didn’t work” or simply ignored what you said and went on to something else?
Knowing how to influence others is a necessary skill for managers and leaders.  Influence is not manipulation, and it is not “phony.”    Influence is the ability to communicate the vision or concept in your mind in such a way that your audience will be receptive to hearing it, give it adequate consideration, and make up their own minds about the idea—perhaps modifying the idea as they brainstorm about it.
So what can you do to enhance your influence and see your ideas given due consideration?
1.       Be aware of your audience—others on your team or committee.  Anticipate what the reaction—and possible objections—might be to your idea.   If there is someone who you think will have a negative reaction, visit with that person before the meeting to talk one-on-one.
2.       Be clear about your intended outcome.  Ask yourself what you really want to convey and what you want the group to do in response.  Is it necessary that they agree with everything you say—or that they take the idea seriously enough to discuss it further?
3.       Time your contribution.  If you are going into a meeting that already has an agenda as long as your arm, chances are it is not a good time to bring up a new idea.  On the other hand, if the group seems to be looking for a solution to a particular problem, and you have a reasonable idea to resolve it, you will have a better chance of being heard.
4.       Listen and collaborate.  Listening carefully to the concerns of others means that you cannot just be thinking and waiting to pounce with your own idea.  Instead, as you listen, ask if your idea might address any of those concerns.  Or can you add to someone else’s idea—first giving them credit for that idea—and then building your concept on to it?
5.       Become more self-aware.  Try stepping outside yourself a bit at the next meeting you attend.  Watch yourself speaking to the group, and observe the reactions of others.  Who do you make eye contact with?  Who do you avoid looking at?  Who seems to be listening?  Who seems distracted or hostile?  If you cannot be an objective observer of yourself, find a trusted friend who can give you feedback.
6.       Observe a skilled influencer.  Who is the person that everyone seems to listen to at meetings?  Observe how this person introduces a new topic or builds upon one that is already on the table.  How does he or she appeal to group members?  How does he or she acknowledge the ideas of others and perhaps build upon them?
7.       Try a little empathy.   Different personality types take in information in different ways and at different rates.  Some people need time for reflection before making a decision one way or another; others will be impulsive and take on a new idea without much thought.  Some want only logic and objectivity in the ideas presented;  others will need a more personal touch with attention paid to how an idea will affect the people involved.